Blog - Latest News
You are here: Home / Blog / What is the most downloaded Application in the World ? 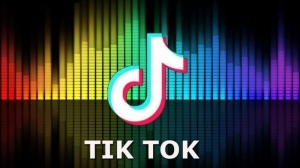 Tik Tok, Known as Douyin in China is a music video and social media app. The app lets you shoot and edit short clips, then add music and special effects to them. Tik Tok is owned by the same parent company that bought social video app Musical.ly for $1 billion last year.

According to Sensor Tower, Tik Tok has become a “total phenomenon” in China in recent months. In the first quarter of 2018, the app was downloaded an estimated 45.8 million times.

The app reached 150 million daily active users (500 million monthly active users) in June 2018, its seen as the most downloaded app in the world, beating Facebook-owned apps like WhatsApp, Messenger, Instagram, even the powerful video-sharing application YouTube.

Available on Android and the App store, just search for Tik Tok, just it out today.

This blog was completed by ALM Wholesale LTD, visit our website here.

Neil Harris
16:51 04 Dec 18
I have been dealing wit Sam for nearly 5 years now, he can't be faulted. Always reply's to any questions within minutes... by email. Very easy to talk too on the phone. We have bought hundreds of laptops at this stage for our two stores. Laptops come individually packaged to a high standard. If there is ever a small issue Sam always resolves it very easily. Cannot recommend them enough!read more
See All Reviews
HDD Deal 1-1